Smell Ya Later? The Secret to Repeat Customers for Kennels 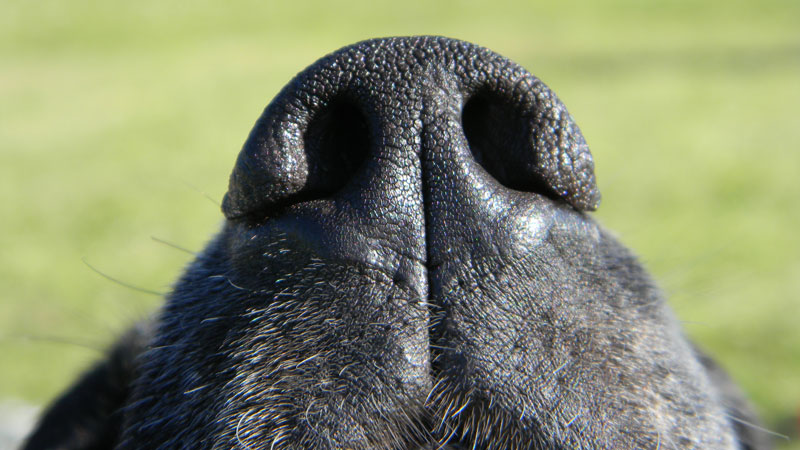 We all know dogs communicate by smell, but they're not the only one. Smells have a powerful effect on humans—though we are often unaware of how they impact us.

Part of the problem is that it's easy to get used to smells. The first week on a new block, the smell of your neighborhood bakery is overwhelming. Pretty soon though, you don't notice the smell. But then you come home after a vacation, and BAM. You smell the fresh bread.

Whether it's incense, fresh cut grass, your cat's litter box, or maybe even your dogs… Smells lose their power over time.

If you've stopped noticing smells at home, it's safe to say that you're used to your animal shelter or doggy daycare smelling like, well, animals.

But what about your customers or potential adopters? What does that smell say to them?

What Does Your Kennel's Smell Say to Pet Parents & Potential Adopters?

To get the lowdown on what customers care about, we read dozens of Yelp and Facebook reviews of animal shelters, veterinary offices, dog daycares, animal shelters and rescues. The quotes published here, are direct from these reviews, but without names and other identifying features.

What was immediately clear is that smell is a powerful part of people's first impressions of a kennel or animal shelter. So many reviewers reported that smell was the first thing they noticed:

“When we walked in, I couldn't believe how clean it was, nice it smelled, and calm it felt. “

“I actually asked are there any dogs here. The cleanest & non smelling kennel I've ever been to."

"Well as soon as I walked in, the first thing that hit me was the nasty poop and pee smell. It was so overwhelming that I almost walked out. It's so much worse than before. I had to hold myself from gagging the whole 5 minutes I was in there."

As the adage goes, you only have one chance to make a first impression!

Reviewers often mentioned the way the kennels smelled and their cleanliness (or lack there of) in the same sentence:

“...the place is disgusting...smells of urine...and is dirty. I can't imagine the state of the kennels behind the closed doors…"

Smell can even undermine the trust of loyal customers. This review is from a customer of over a year, who brings her dog to this kennel for both overnight boarding and doggy daycare:

“When I picked him up, I noticed that the waiting area smelled really bad. When I first brought Charlie here over a year ago and toured the facilities, I was impressed with how clean it was....I am thinking about asking for another tour now."

The smell of the waiting was enough to create doubt in this customer's mind about the quality of the kennel. This shows how influential smell is on perceptions of cleanliness or dirtiness.

Chemical smells are also off-putting to customers (not to mention stressful for animals). Check out this review of a boarding kennel in a major city:

"The place reeks of chlorine bleach, which you would hope would make it clean. It doesn't seem that is the case… I strongly discourage anyone from boarding their pet overnight at [kennel name]."

And potpourri smells raise alarm for visitors too:

"As soon as we walked in we smelled aroma spray mixed with an untaken care of environment. I understand shelters have dogs who use the bathroom so often but this place just smelled so bad."

When the brain's expectations are interrupted, dopamine is released and activates the brain's reward system. Research shows that surprises create stronger memories.

People expect a kennel or animal shelter to smell, so a fresh smelling facility interrupts expectations and surprises. Not only does this make your kennel more memorable, but it creates an immediate positive association with your shelter or business.

Here's how that translates into positive reviews:

“This place is C-L-E-A-N. It does not smell like wet dogs or poop."

"Facilities are clean (they don't even smell like dogs!)."

“The place was very clean, no icky dog smell in their lobby."

If you look at articles on how to choose a kennel or doggy daycare, or even how to screen animal shelters, they all talk about scent. Check out this post on picking a boarding kennel from Dogtopia:

“Does it smell clean? Does it smell “fresh"? Moreover, you shouldn't be able to smell strong chemical smells, nor strong dog smells. Both are indicative of poor air quality and cleaning."

How to Get Rid of the “Dog Smell" in Kennels (Without Getting Rid of the Dogs!)

Now that we've shown how smell impacts customers' perception of your animal shelter or kennel, let's address how to get rid of (and prevent) smells.

Vinegar and baking soda are old standbys for deodorizing—and they're great home remedies for bad smells—but they're not powerful enough for a kennel with 10+ dogs!

Bacteria are the culprits behind nose-pinching odors. So, ask yourself, "Where are the bacteria?" Some answers are obvious (like pee areas or garbage cans) but, unfortunately, bacteria are everywhere. And that's why even freshly cleaned facilities can still smell unpleasant.

You've scrubbed thoroughly, but bacteria are still hiding out in hard to reach places. This not only causes bad smells, it can also lead to ongoing outbreaks of kennel cough, giardia, or parvovirus!

One reason our customers love using the Wysiwash Sanitizing System is that they can clean a kennel from floor to ceiling in minutes. Wysiwash penetrates every nook and cranny, so it can wipe out bacteria (and odors) that other cleaners miss.

More Tricks to Prevent “Dog Smell" at Your Kennel

• If you're building a gravel area for dogs to pee in, placement matters! It's best to place it away from the lobby entrance in an area that gets full sun. Don't forget to consider how the area will drain—bad drainage will make your job a lot harder.

• Tight lids on garbage cans keep the smell of pet feces locked in.

• Good air quality and proper ventilation is another secret to great smelling animal care facilities. Kennel ventilation design has a huge impact not only on smell, but also in preventing airborne disease from spreading between animals. Ideally, each kennel should have it's own vent moving air in and out.

• Clean up any accidents quickly, so the smell doesn't travel to other areas.

• Regular laundry soap does not sanitize fabrics, so smells (and germs) can linger in bedding, towels, and other fabric items. Add a tablet of EfferSan in with a load of towels or blankets that the dogs have used. They'll come out smelling crisp and clean! (We recommend an extra rinse cycle, just to make sure all the residue is gone.)

Plus, Our Favorite Cleaning Hacks for Getting Rid of Pet Smells

• Sprinkle baking soda on carpets. Let sit for 15+ minutes, then vacuum. (Keep animals out of the room until you've vacuumed up the baking soda.)

Get Rid of Dog Smells in Bedding and Fabrics:

• Shake laundry before putting it in the dryer to remove even more pet hair (and odors) from the item.

• Call us biased, but we think the litter box stays clean longer when we use EfferSan. One of our test users told us,

“I was amazed the first time that I used EfferSan on my cat box. I change the litter weekly, and I've always wiped down the empty litter box with whatever household disinfectant that was under my sink. When I used EfferSan, I didn't notice anything right away, but the litter box kept that "new litter" smell for the next 4 days. Usually the litter starts seeming stinky within a day or two!"

• Give the toys a quick rinse to remove any leaves, fur, or other debris. Then fill a bucket with Wysiwash and let them soak for 5 minutes.

• Soft toys can be washed on the gentle cycle. For best results, rinse them beforehand to loosen hair and debris. Then place in a garment bag. Letting them air dry in the sun's UV rays can deodorize them further.